​Maximize your time in Lebanon by joining a Small Group Tour to Baalbek, Anjar and Ksara Winery.
​Experience the wonders of Baalbek city in the company of an expert local guide and small group of fellow travelers. Discover the Roman Empire through the majestic huge temples of Baalbek. Remarkably well preserved, their sheer opulence overwhelms visitors. Explore the Umayyad city of Anjar that was once a famous commercial center in the ancient world. End the day by a stop at the oldest winery in Lebanon, Chateau Ksara, and enjoy a tasting of the Lebanese authentic wine. ​Lunch and all fees are included 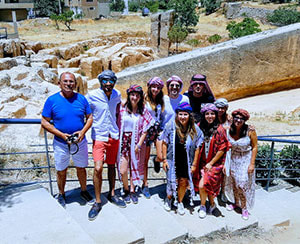 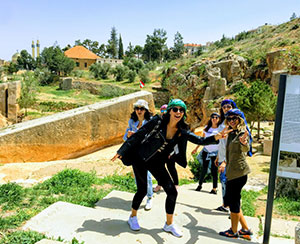 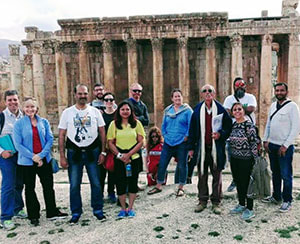 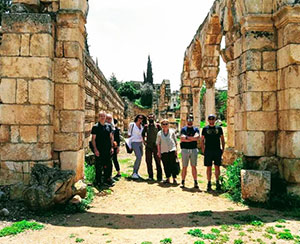 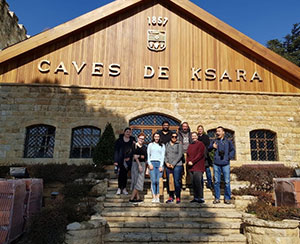 Highlights
✓ Join a small group tour with a professional English-speaking driver, lunch and all fees included
✓ Explore the Roman ruins of Baalbek and the largest temples of the Roman Empire
✓ Discover the Umayyad ruins of the ancient city of Anjar
✓ Enjoy the Lebanese food during lunch at a local restaurant during the tour
✓ Sample different types of wine at the most famous Lebanese winery Chateau Ksara
Overview
Travel back to ancient times on this small group tour to the Bekaa Valley, the home of the Phoenician city that was known as Heliopolis and one of the finest examples of Imperial Roman architecture at its apogee, and Anjar, the ruins that reveal a very regular layout, reminiscent of the palace-cities of ancient times, and are a unique testimony to city planning under the Umayyads. Get an insight from your guide into the region’s rich heritage as you explore the temples of Baalbek, Baccus and Jupiter and the old city of Anjar. After lunch, Sample some red, white and rosé wines at Château Ksara. This tour include lunch, wine tasting and all entrance fees as well as hotel pick-up.
What's Included?
Hotel pick-up and drop-off
Comfortable air-conditioned Vehicle
English Speaker Driver
All Entrance fees
Wine tasting fees
Lunch at local restaurant
Local guide at Baalbek
What's Excluded?
Gratuities
Personal Expenses
Duration
8 Hours
Pick-Up Time:
We pick you up from your hotel in Beirut at 8.00 am
Availability
Daily
Cost
Adults: $95 USD
Children: $85 USD (4-12 y.o)

Book with us your Small Group Tour from Beirut